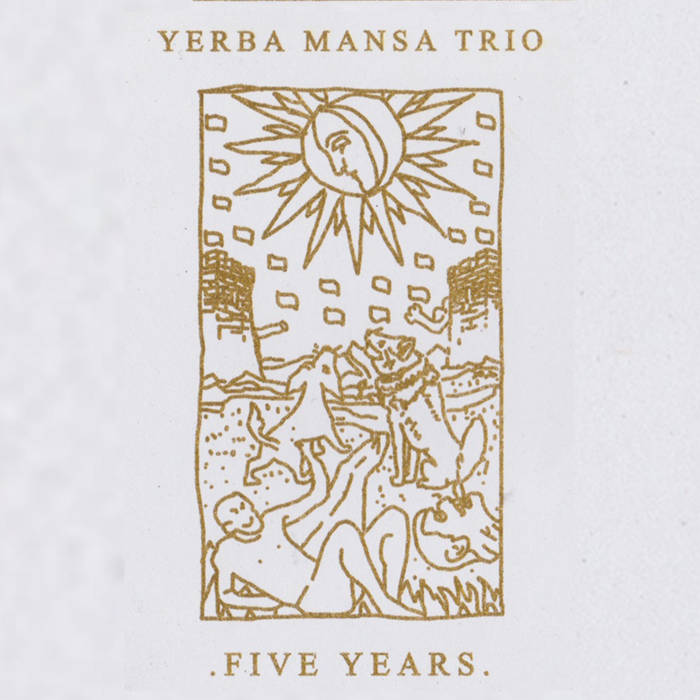 Yerba Mansa formed in Manchester in 2014 while playing in Desmadrados Soldados De Ventura together. They have toured the UK and Europe multiple times.

They have an LP on Deep Distance, cassettes on Very Bon/Comfortable on a Tightrope and a split cassette with Thee Open Sex on Tape Drift in the US

You may have seen Andrew also play his bum off with various legends including Richard Dawson, Jayne Weaver, Kiran Leonard, Waterless Hills, amongst many other free jazz duo’s/trio’s/quartets etc. Dan also lends his lengthy, talented hand to a wealth of other peoples ventures including the mighty fine Waterless Hills, Jim Gedhi, Kiran Leonard and loads more. They do quite a bit, but they don’t like to brag about it. Well, Dan doesn’t.

The majority of the album was recorded throughout 2015, with Edwin and Dbh overdubbing from home in Glasgow and Todmorden in the shitty Summer of 2020.

Side A is sculpted from a live set at Cafe Oto in December, 2015. Side B is from a pumped up recording session with friend and producer, Dominic Tanner from sometime in the same year.

Earlier comparisons have been made to the band Gown, Flower-Corsano Duo, Vibracathedral Orchestra and Group Inerane.

This record sounds a bit more focussed, less all over the place. More of a band feel. Probably due to Dbh as Edwin and Andrew can’t stick to one thing too long or they get bored.