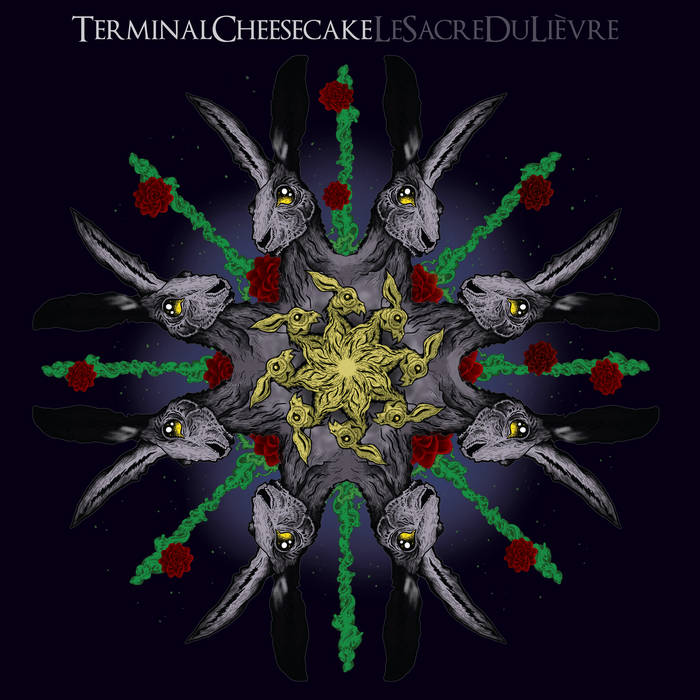 Levrikon Jesus. This is Cheesecake's most evil sounding album yet, and that's saying something. Enormous dirty riffs slamming the listener into the floor. How these guys aren't a bigger deal, I have no idea. Favorite track: Golden Hare.

Terminal Cheesecake were formed in North and East London in 1988. Alongside contemporaries such as Godflesh and God the band wielded an uncompromising and impure blend of further than far out pysch, dub and hammered industrial grooves.

They were the first band signed to Wiiija Records (best known for bands such as Cornershop, Silverfish and Bis), went on to deliver a legendary 4 track John Peel BBC Radio session and released several studio albums including their 1990 classic Angels In Pigtails on Kevin Martin's (GOD, Ice, Techno Animal, The Bug) Pathological label.

In 2013, after a very long hiatus, Terminal Cheesecake formerly reformed and in 2016 released their first studio album in 14 years Dandelion Sauce Of The Ancients on Box Records.

Since their reformation Terminal Cheesecake have once again ruled the roost of the UK underground with their slab-of-noise take on fierce, groove orientated psychedelic noise rock.

Le Sacre Du Liévre is an incredible beast of an album. Terminal Cheesecake are the loving destroyers and true masters of their craft - it's so good to have them back.