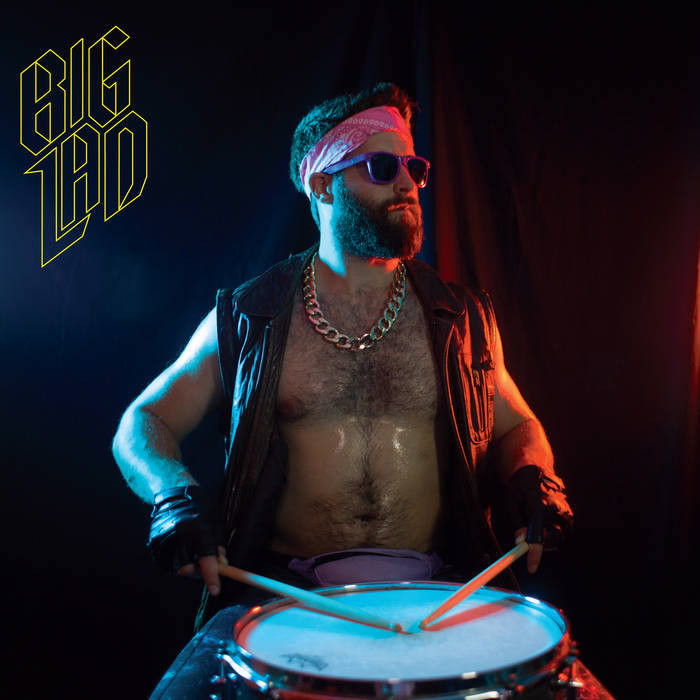 Dan These guys are amazing. This may very well be album of the year.

Hope you can get back to Nottingham soon, your last show here was incredible! Favorite track: Donald Tramp.

Daniel Schuju Great combination of live drums and electronics! It feels at times like constant drum soloing but you won't see me complaining about it. It's just too good man. Favorite track: Dave Aoki.

BIG LAD is a two headed trigger synth party noise machine made up of Henri Grimes (ex Sheild Your Eyes) on drums and Wayne Adams (ex Death Pedals) on synths.

“Are your ready? Let’s play!” exclaims the strangely menacing toy sample which opens up BIG LAD’s new record… and play they certainly do, may God help you if you’re not ready as from the off warp speed drumming ala Lightning Bolt twists and turns with Venetian Snares and Aphex Twin style synth and gizmo sonic warfare. This isn't a record to soundtrack a picnic.

‘Pro Rock’ is the second album from the band, their first being 2015’s ‘Big Lad’ record which was released under the moniker Shitwife. They then decided to rename the band BIG LAD, to confuse the crap out of everyone, which it did.

The duo are renowned and cherished as an unforgettable live experience having played extensively in the UK’s exceptionally healthy and thriving underground scene. They’re as comfortable trashing people’s necks at sweaty basement punk shows as they are melting gurning faces at raves such as Bangface and are now becoming a staple on many UK and European festival stages every year.

BIG LAD – Pro Rock is released by Box Records on transparent yellow vinyl on the 19th of October 2018.

“They play right in the middle of the crowd. It’s maxed out, exhilarating stuff, which given them the ability to sneak onto pretty much any line up, from a grindcore night all the way to a warehouse raves.” Echoes & Dust

“A mind expanding kaleidoscope of live and manipulated sounds – a brutal culmination of breakcore, noise rock and post-hardcore” Louder Than War

“Ho99o9 and Shit Wife are genuinely two of the most mind-blowing live bands I’ve seen this year.” ArcTangent