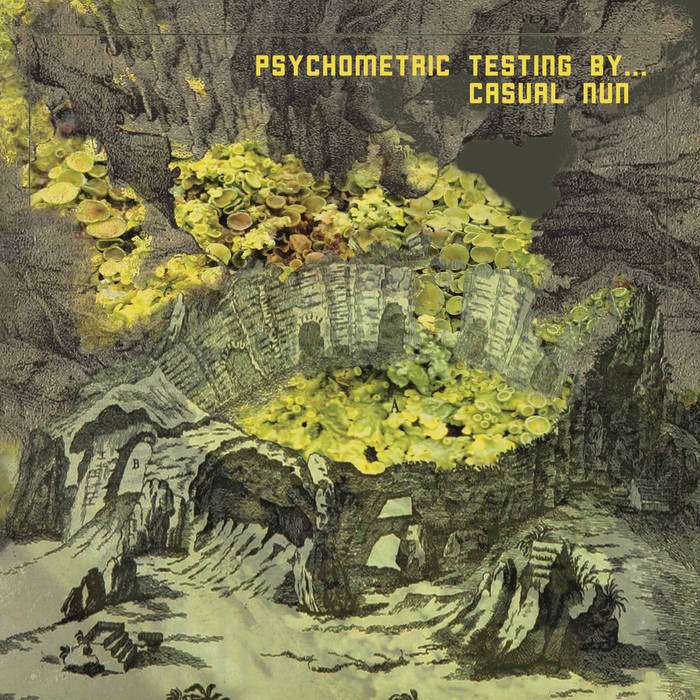 “Akin to blending the sonic freak outs of legendary krautrock pioneers Ash Ra Tempel with 90’s Japanese noise mongers Up-Tight or Ohkami No Jikan, London’s Casual Nun deliver some downright heavy psych – a
blown out slab of distorted, hypnotic guitar buzz, heady, effect-laden vocals, and plodding drums, everything bleary eyed, garage-y, intense and drugged out! Anyone who has been diggin’ the aforementioned greats, GNOD, The Heads or Loop will definitely fall in love with Casual Nun” – Roadburn Festival

“That is what good music is supposed to do though, remove you from your everyday existence and move you in some way. Casual Nun use a hypnotic style of psychedelia which plays off both its pure noise and little moments of experimental bliss. It’s unforgiving yet still approachable and that is what makes it all the more dangerous. This is the sound of the true underground of London at the moment.” – Echoes & Dust

Psychometrics are used to gauge and influence in a world where information digestion has moved increasingly towards social messaging. The ability of organisations and entities to use psychometric data to build a psychological profile of a person is an alarming manipulation of our personalities, aptitudes and desires. With that in mind, ‘Psychometric Testing By…’ sees Casual Nun embracing a more improvisational approach, with the entirety of the recording created in Wayne Adams’(Shitwife/Death Pedals) Bear Bites Horse studio during the same session that produced their first LP ‘Super Fancy Skeleton’ .